Please carefully confirm MUST company name and account before making payment to avoid any loss ! DETAILS x
[Россия] [España] info@mustpower.com +86 755 83658583
Get a Quote

Half of 2021 has passed. MUST Group has developed rapidly in the first half of the year and has achieved fruitful results. In order to better summarize the past and look forward to the future, on July 24-25, the company organized a management team to participate in outdoor hiking activities & mid-year business review and planning meeting with the theme of “Facing Goals and Achieving Excellence”.

The first day, cross-country hiking, breaking through self to build trust

At 7am on the 24th, the team members took the bus from Shenzhen and Foshan to Guangzhou Huangpu Lavande Hotel. At 9am, all team members assembled and followed the coach’s instructions to start team formation, distribution of materials, and route determination. All the team members are energetic and ready to go. 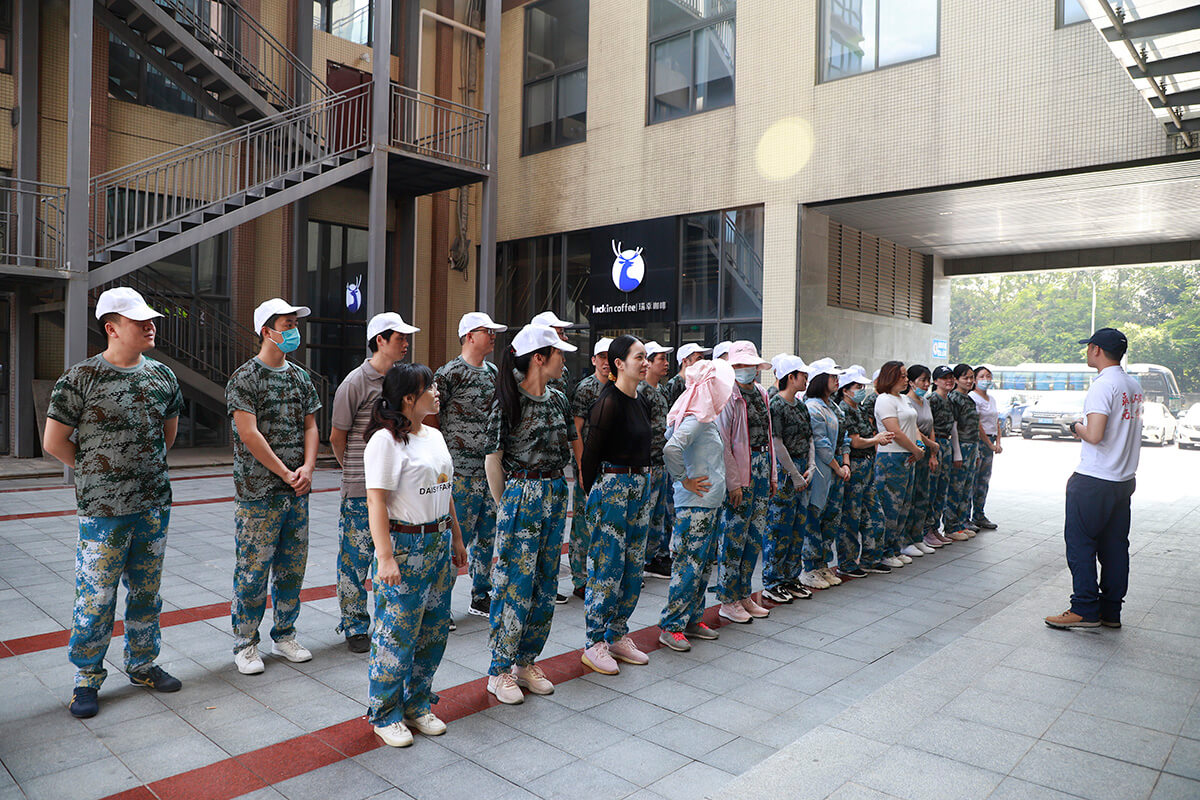 ▶▶ Around 9:30am, the two teams, Lucky Team and Excellence Team, arrived at the starting point of the Niumu Line. After finishing the team appearance and warming up, officially started to move forward. 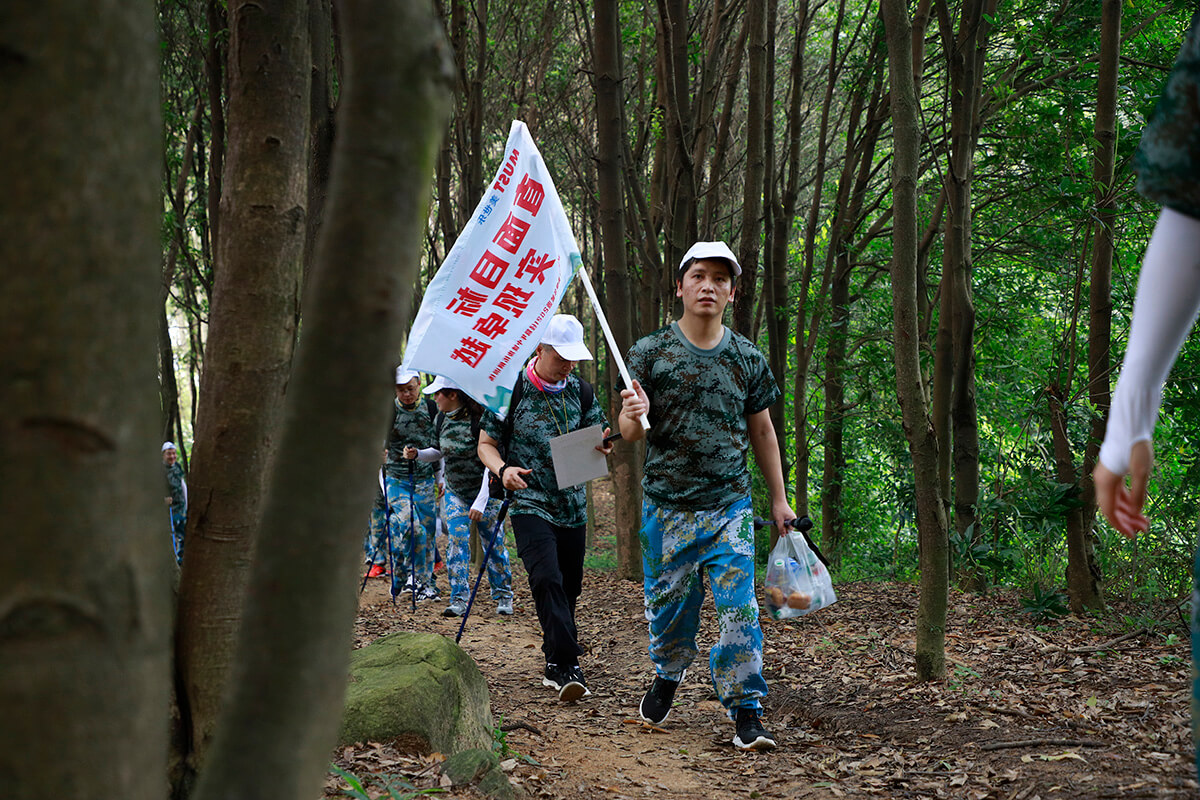 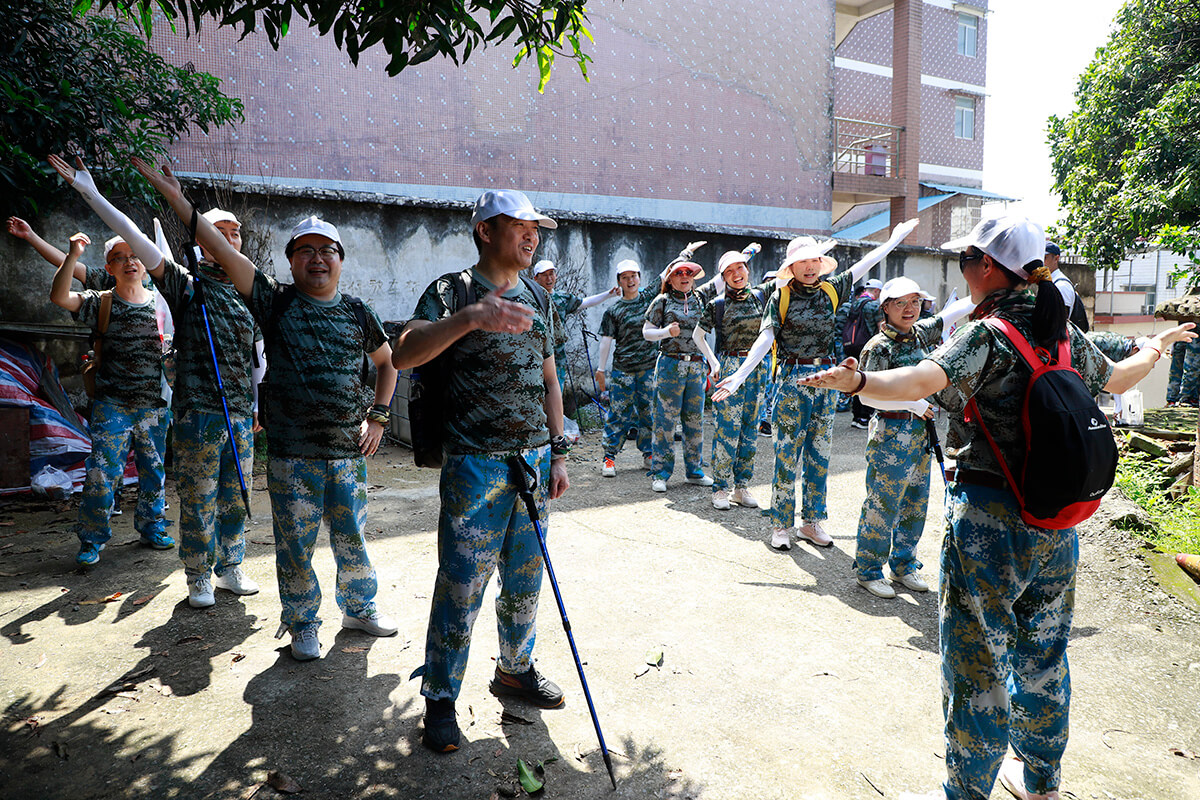 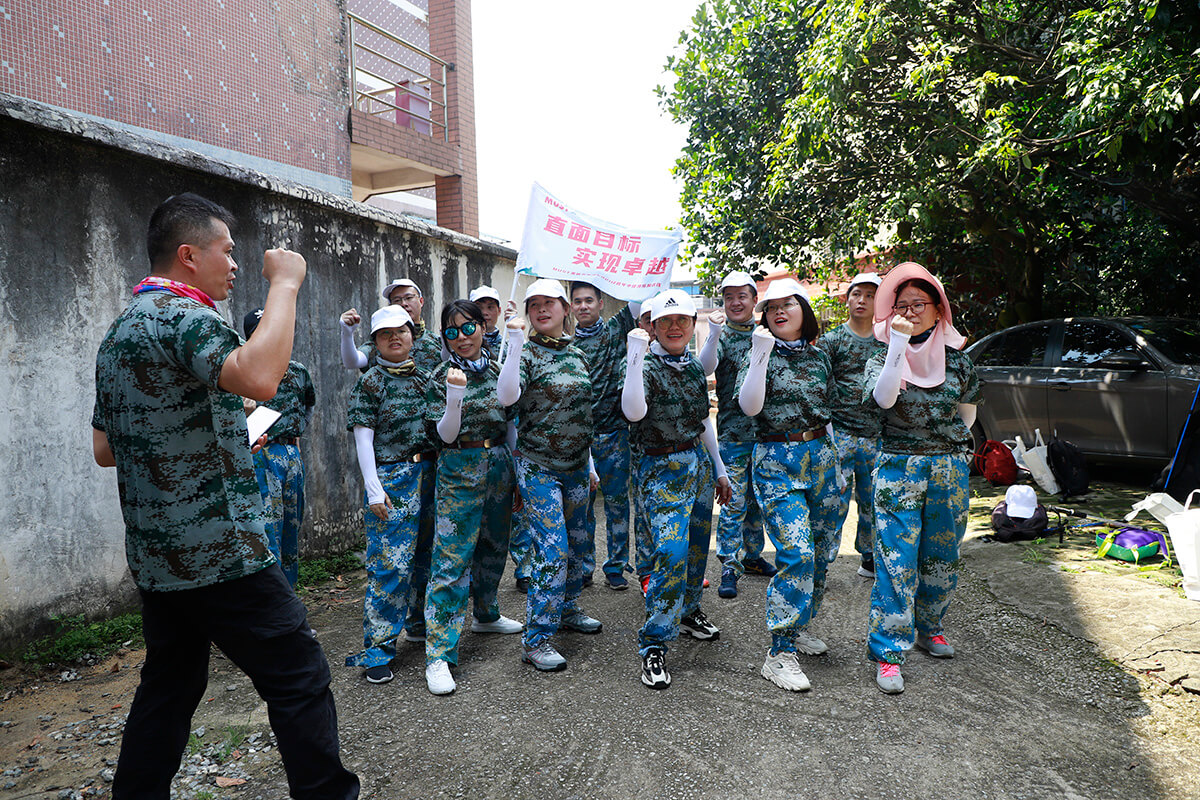 ▲▲Niutoushan is located in Lianhe township, the northeastern suburb of Guangzhou. The main peak is 362 meters and belongs to the Jiulian Mountain. This mountain and Maofeng Mountain, Yau Ma Mountain, Phoenix Mountain, Taihezhang and several peaks which above 350 meters are connected into one. 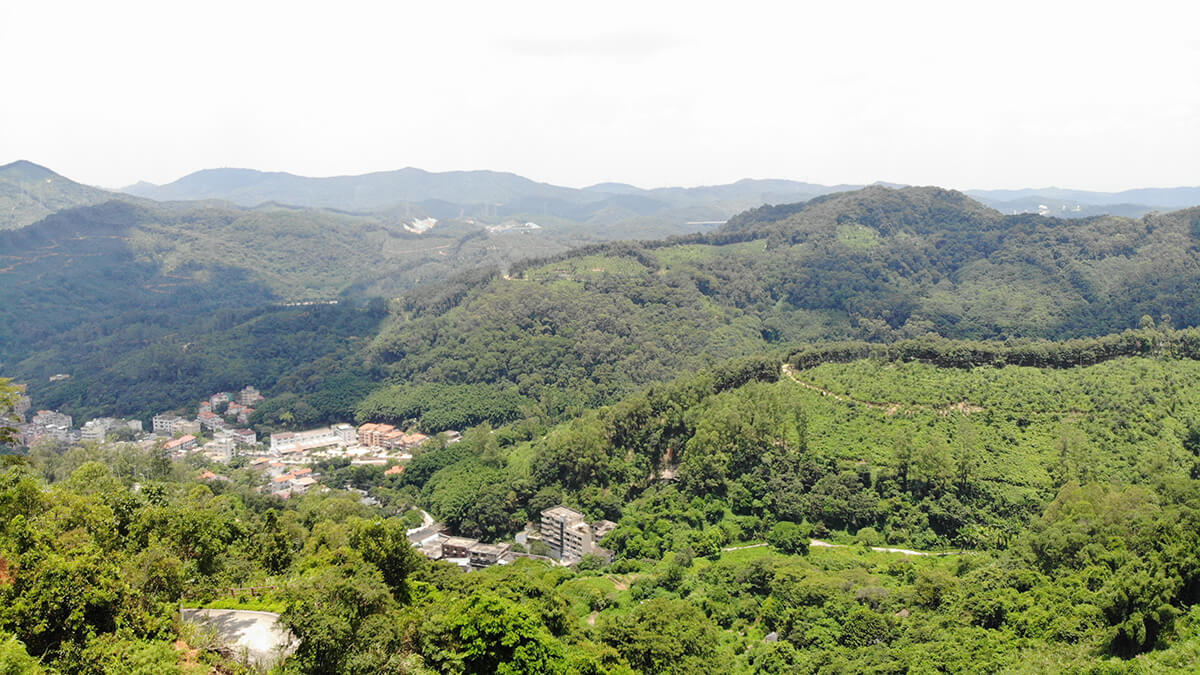 ▲▲The mountain road is rugged, and the team members are not afraid of high temperature and heavy load. Helping each other, and meeting the challenge with the most beautiful smile! 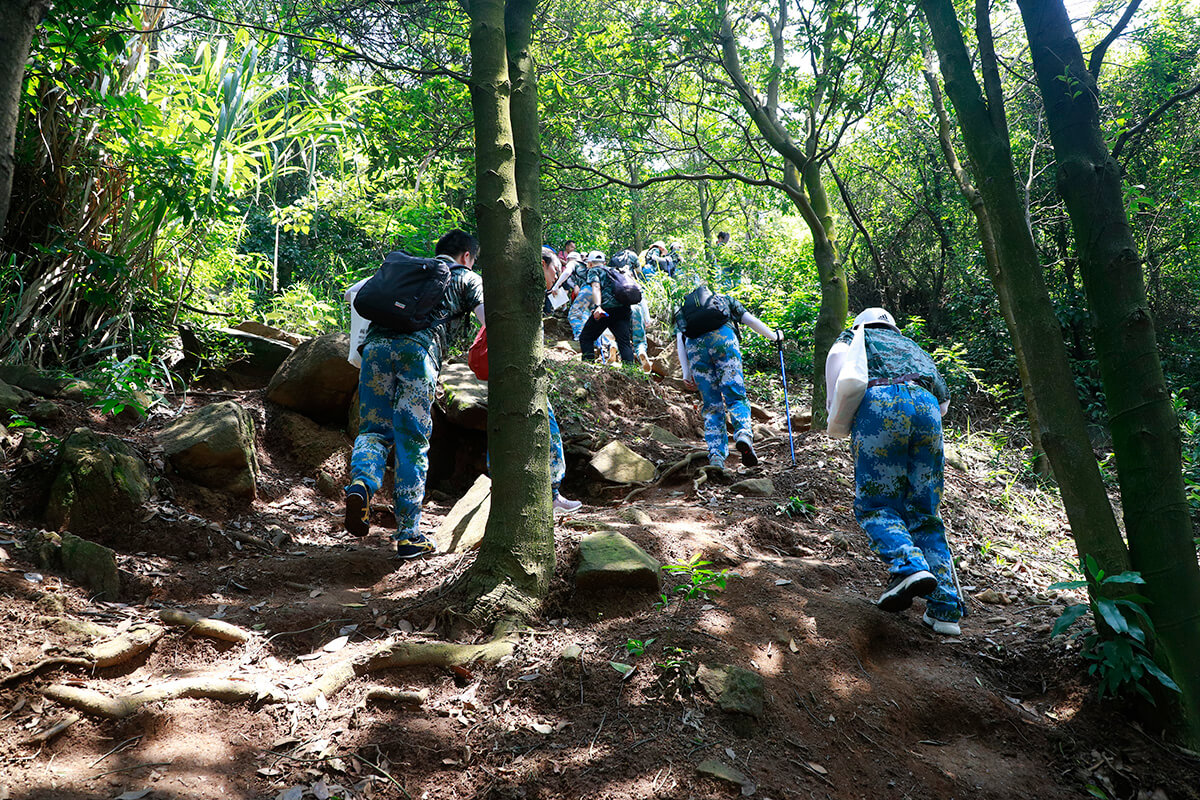 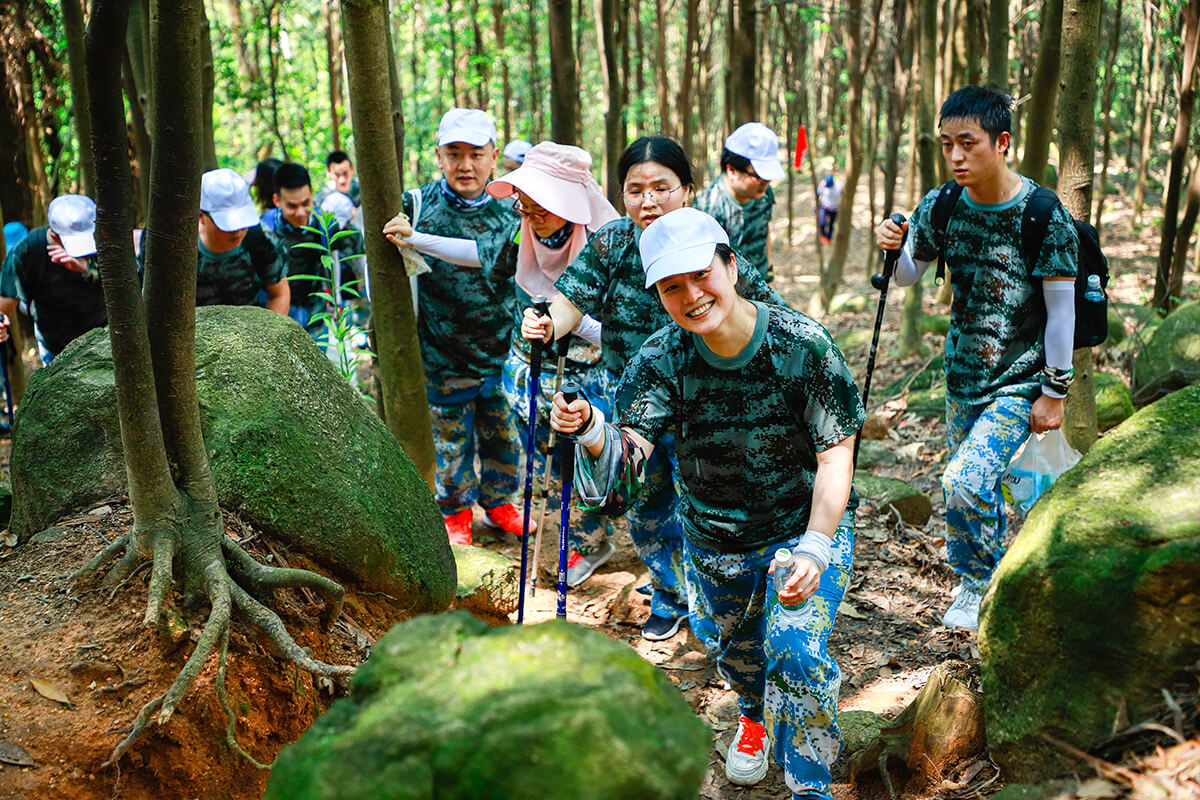 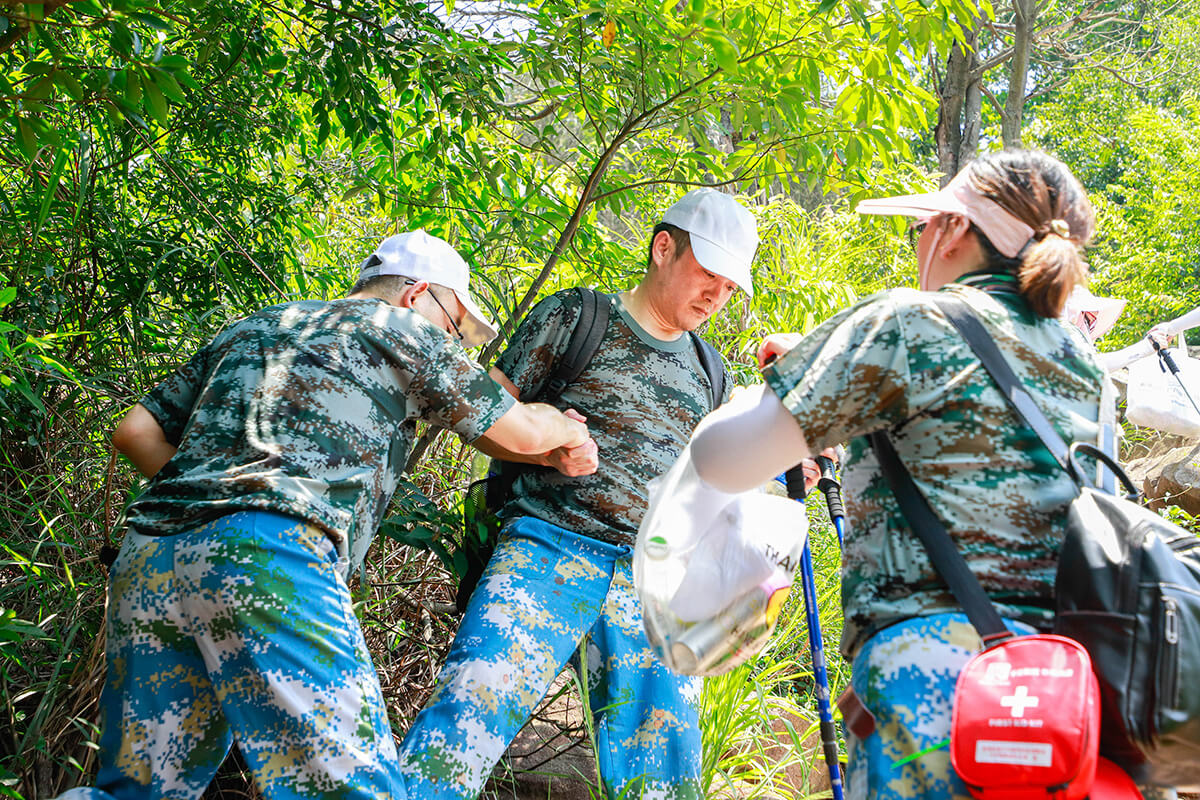 An hour later, we arrived at the first rest point. The two teams took a short rest. The coach initiated an interactive mini game “Crossing the Sulfuric Acid River”. The players broke the pattern, brainstormed and kept trying, and finally passed the level and started to move towards the next destination. 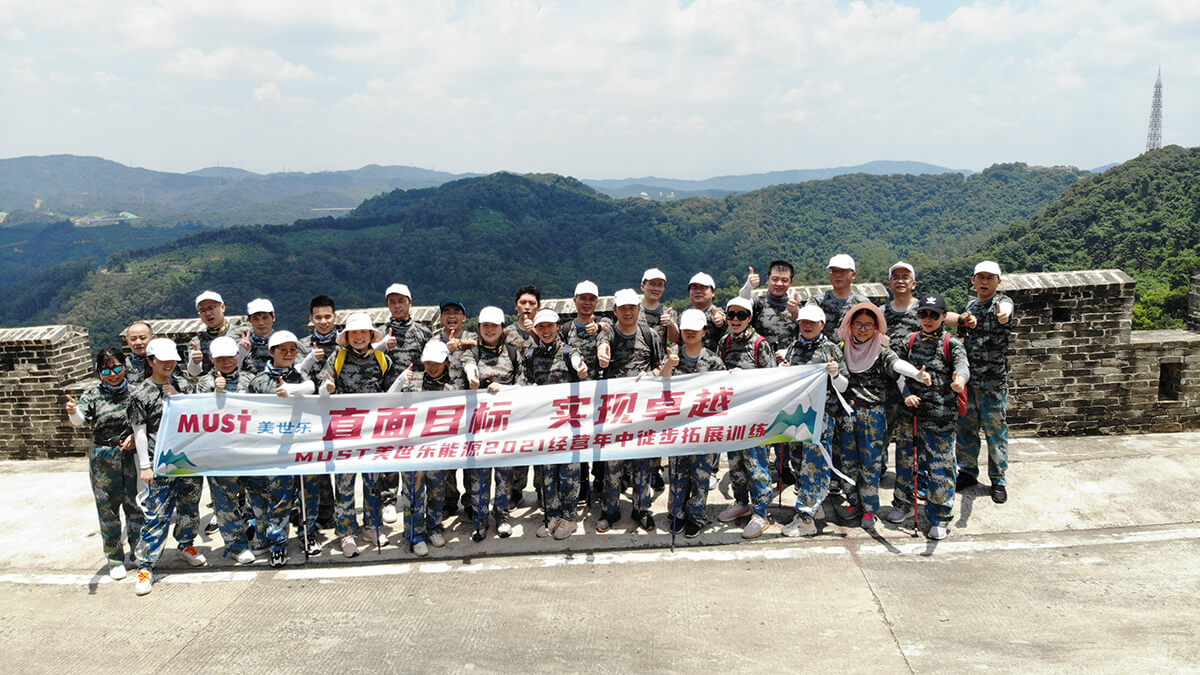 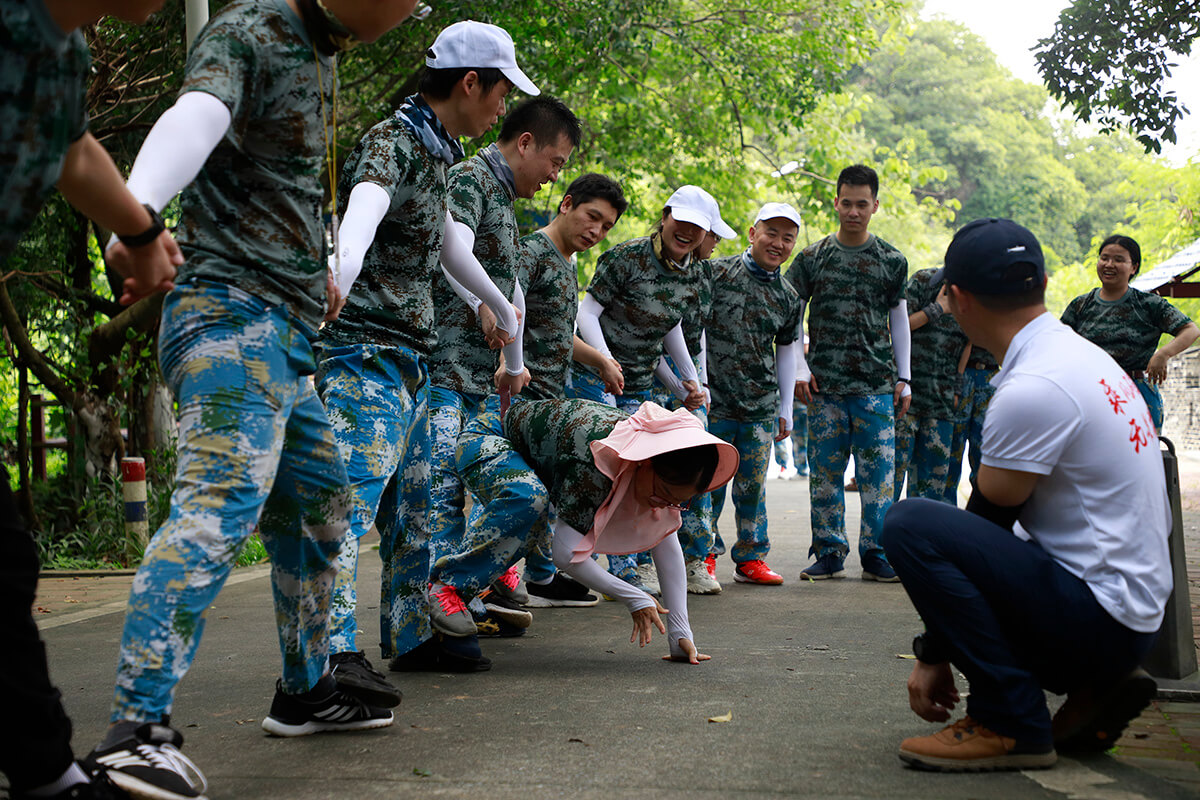 Replenish energy and move to the next mountain

After experiencing the team game interaction, the team members take turns serving as captain, pathfinder, and political commissar, leading everyone step by step toward the goal. The two teams were determined and trusted each other. After arriving at the farm’s supply point for lunch, they immediately embarked on the next hiking under the scorching sun! 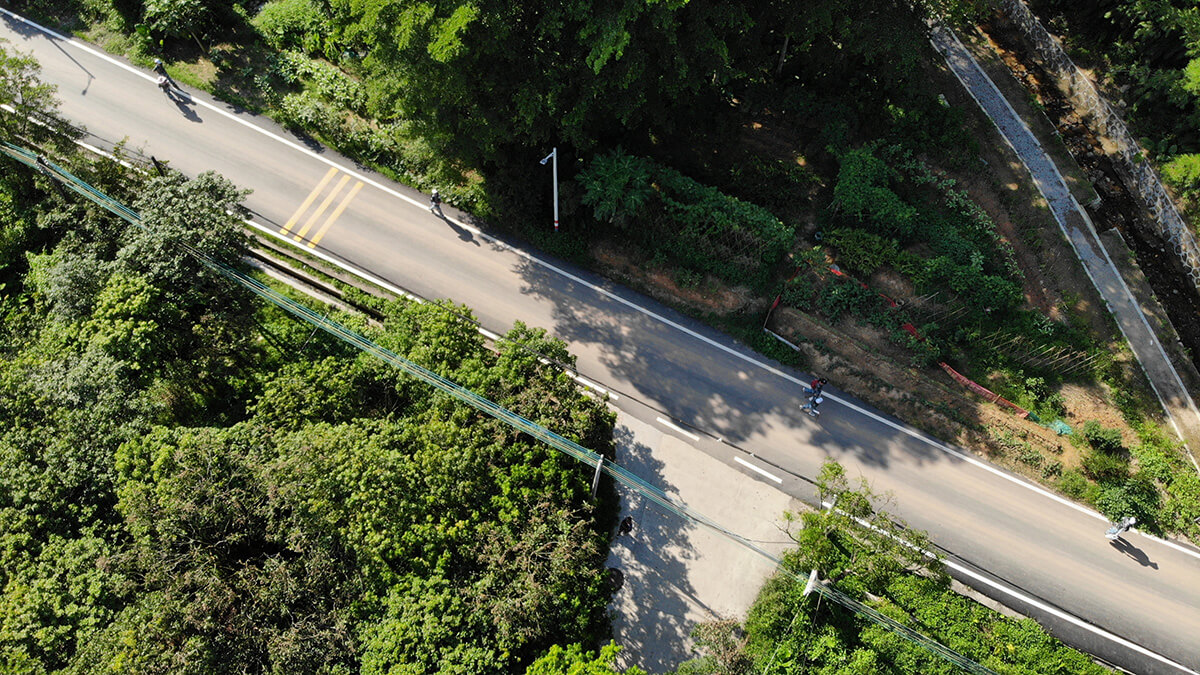 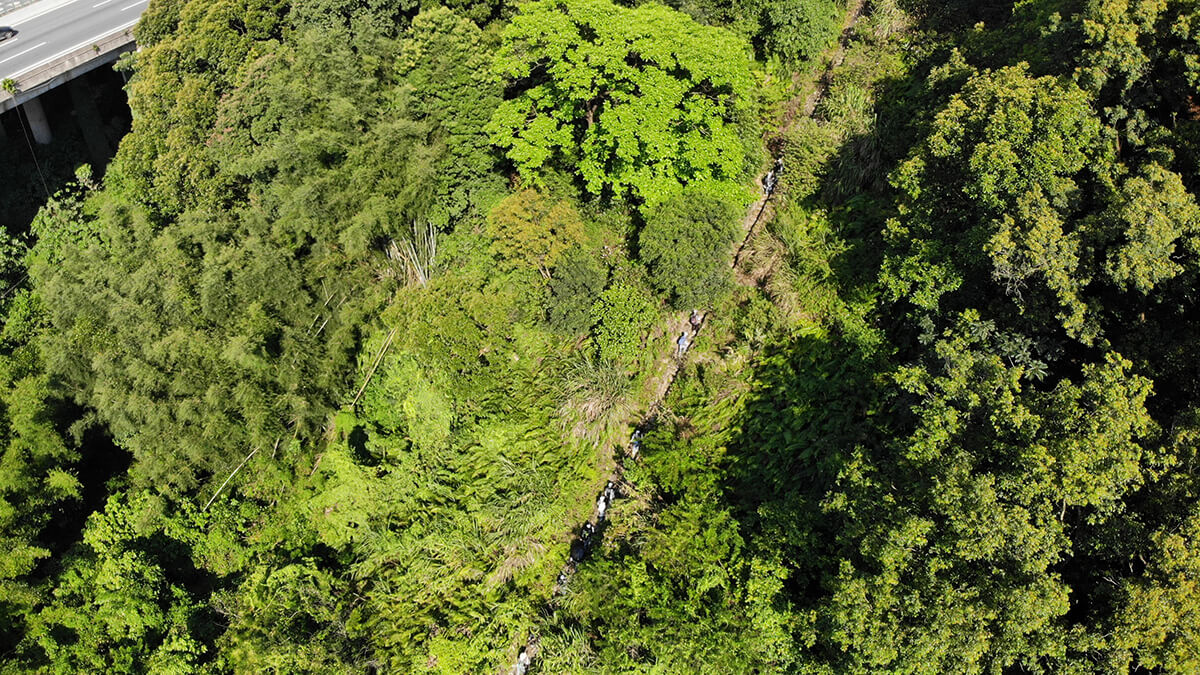 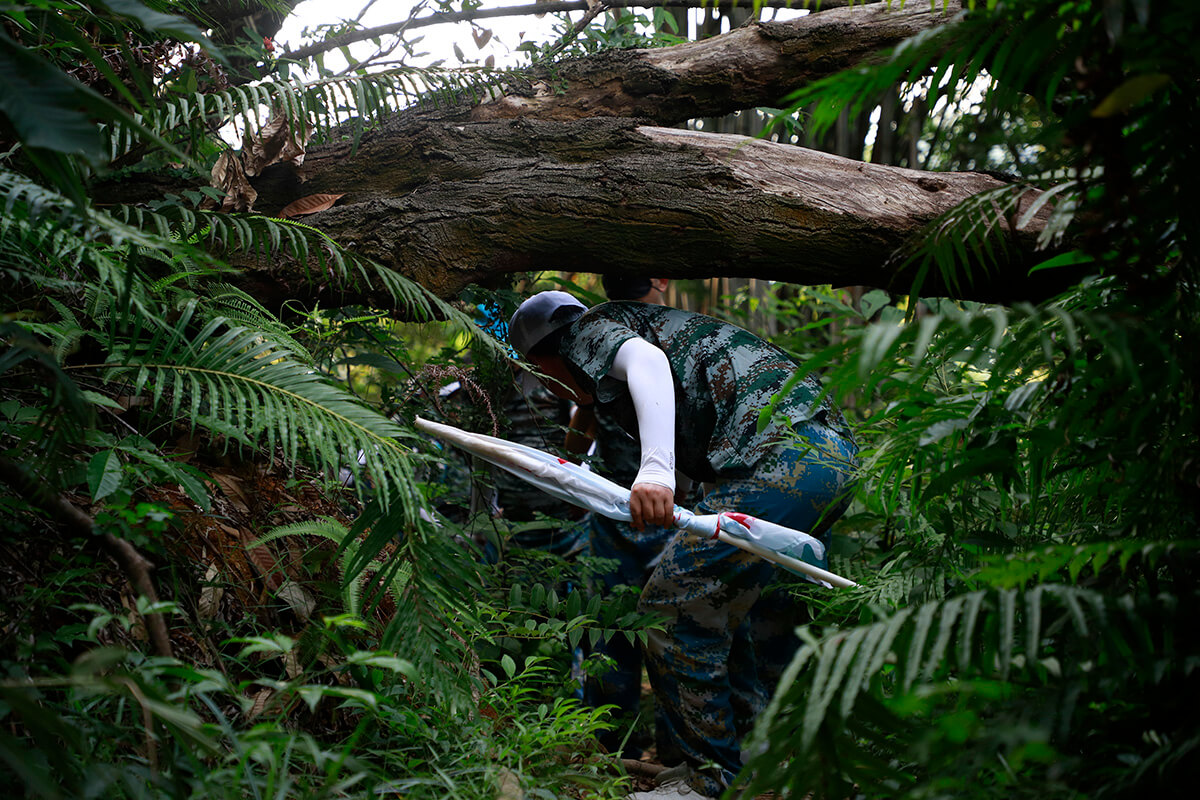 This is a journey, not only the distance is measured with two feet, but also the spirit of a team! 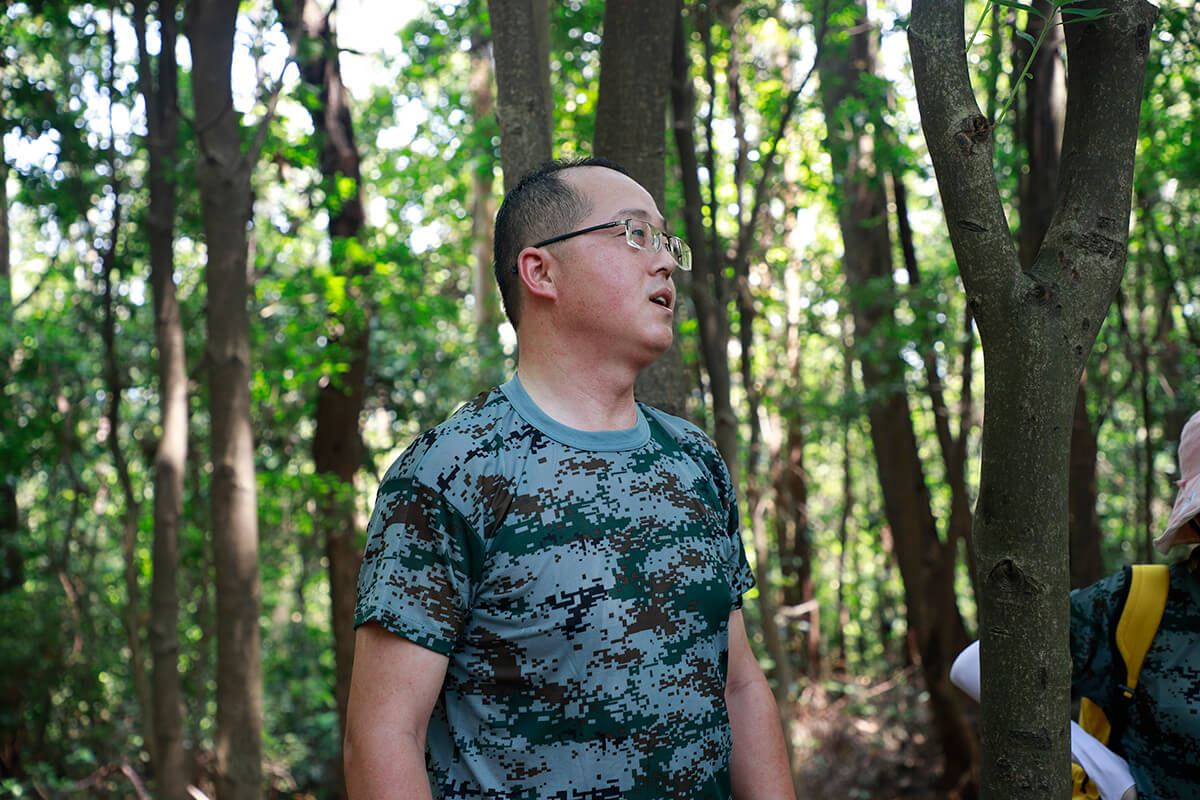 Blindly walking, the transmission of trust and responsibility

At 5:30pm, the two teams arrived at the assembly point of the reservoir one after another. We were greeted by the blind challenge. The whole team was masked and only three people per team assisted in passing the mountain roads of various thorn traps. At this moment, we handed over our hands to teammates, entrusted our own safety to teammates, closed our eyes and felt this wonderful journey. Because of trust and responsibility, we were fearless. We reached the end and opened our eyes to feel the beautiful world! 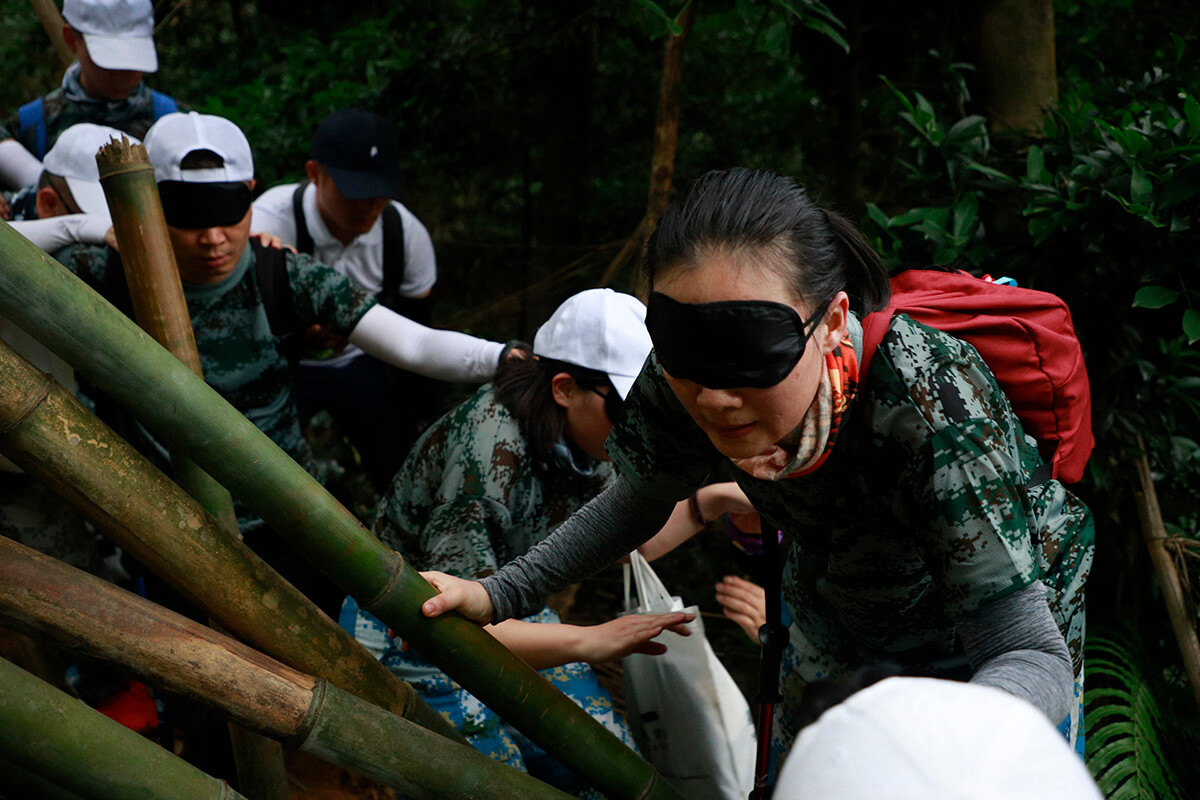 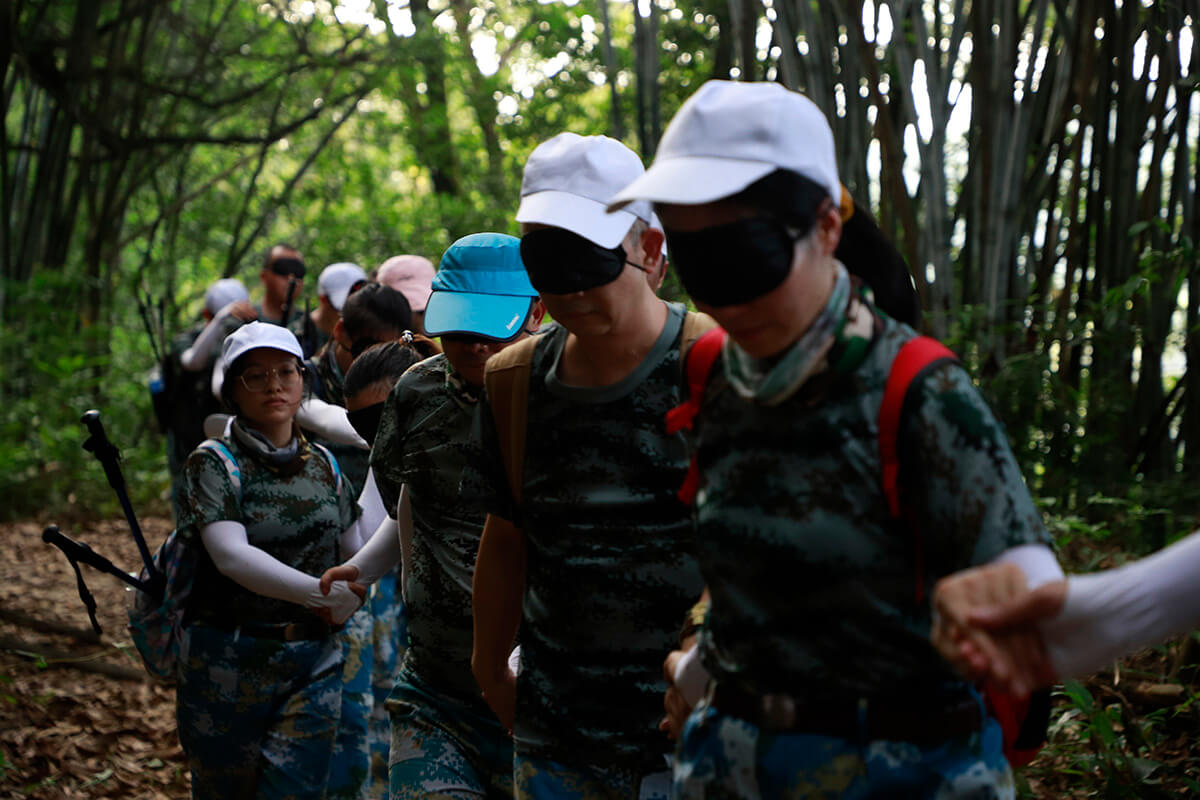 At 6:20pm, after a short break at the end point, the coach spoke highly of our team’s jungle trek today. But even though it reached the end point, this is the beginning of another journey, and so it is life!

In the next part of the journey that is about to begin, we must cross many barriers to win the final victory of the team. Faced with more difficult challenges, we can only break the game. All the male team members set up a ladder to transport the team members through an exit of less than 0.5 square meters. The exit cannot be touched, the process is extremely difficult, and failure will come again! In the constant failure and retry, no one complained about the hard work, it is our belief not to abandon and not to give up! In the end, all of our 30 team members cleared the game! On the second day, summarize and review, plan for the second half of the year

At 8:30am on the 25th, all management members participated in the MUST 2021 mid-year business review meeting. The topic of the meeting was to review and summarize the work in the first half of 2021, and at the same time make appropriate adjustments to the company’s operating work in the second half of the year.

At the beginning of the meeting, Vice President Chen made a systematic inventory of the company’s achievements in the first half of the year, and each department head also took turns to systematically report and summarize the work in the first half of the year. The leaders of the General Manager’s Office respectively made comments and analyses and affirmed the work of the excellent team!

Facing the problems head-on, looking for a solution

In a morning summary and analysis, the leaders also pointed out the problems exposed in the management work. In response to difficult issues such as delivery and inventory, the CEO, Sam Wu, instructed that in the afternoon meeting, the management members should work together to provide methods and strategies for preventing micro-degradation, paving and building bridges! 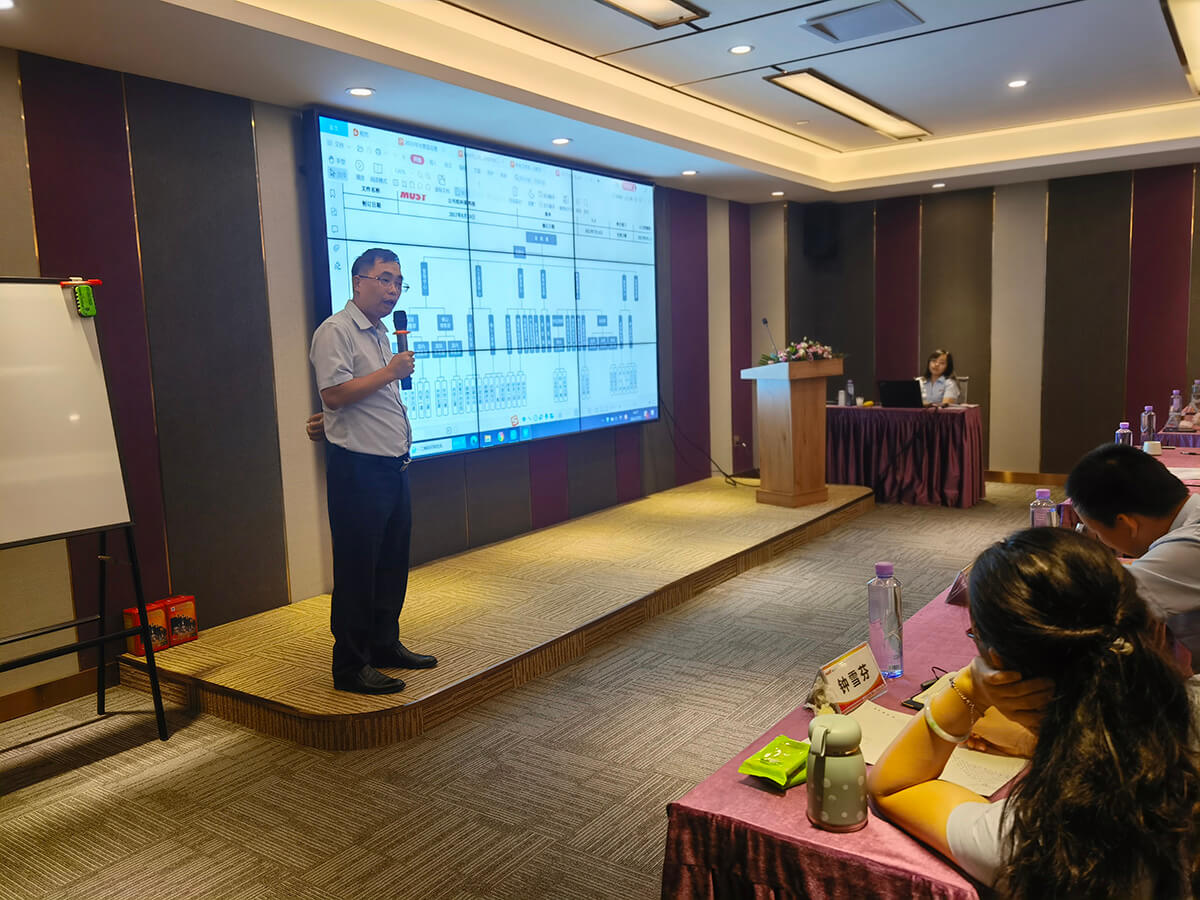 During the meeting, each team set goals to lead tasks, and the General Manager’s Office also put forward various incentive measures to encourage project teams to break through difficulties and achieve excellence. 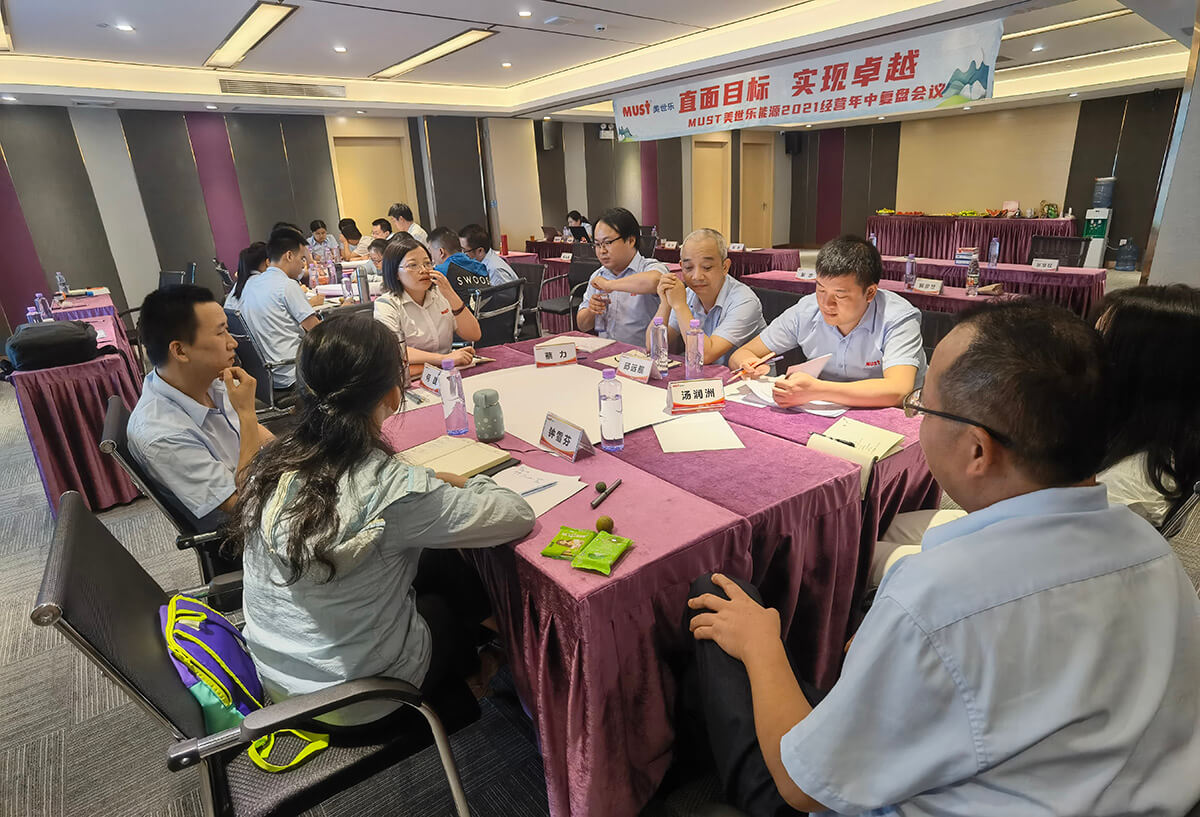 At 8 o’clock in the evening, the meeting was coming to an end. All the project teams received their respective mission and found the direction for the focus of the second half of the year. All the management staff swore an oath to achieve the company’s goals! The meeting ended successfully. 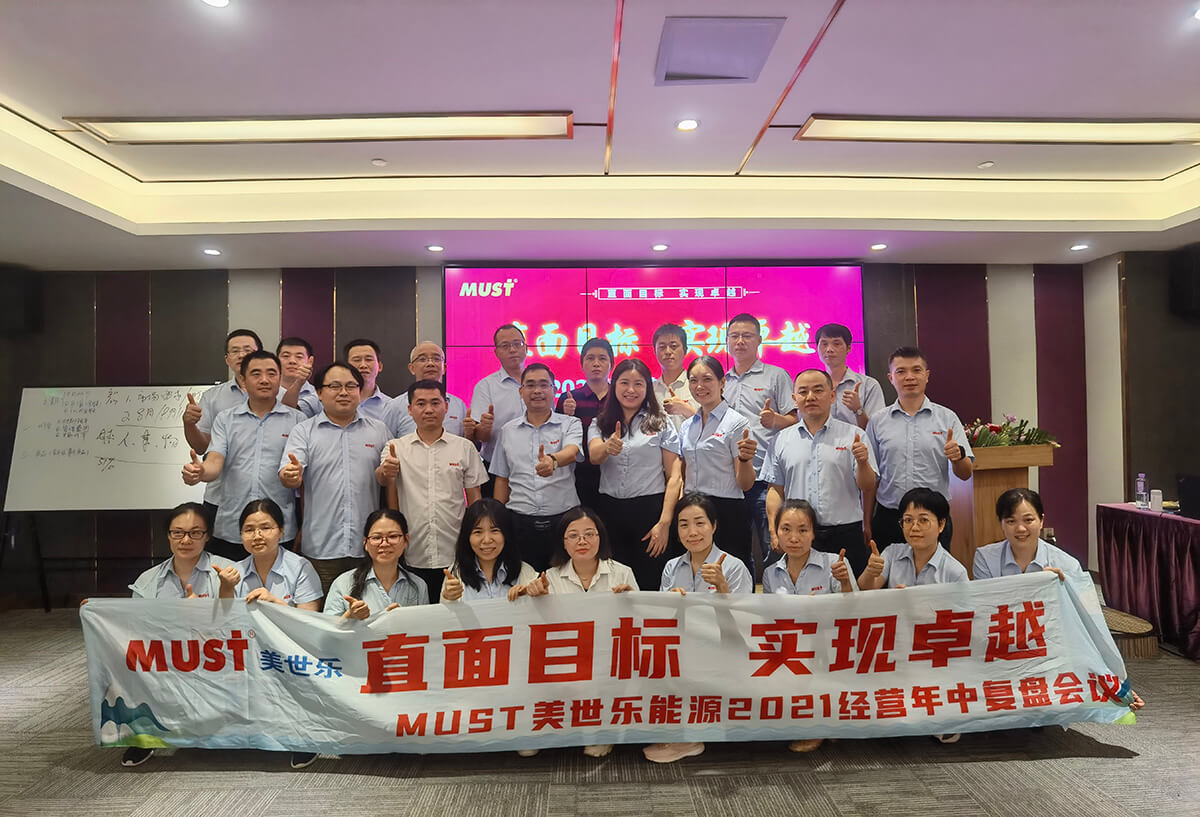